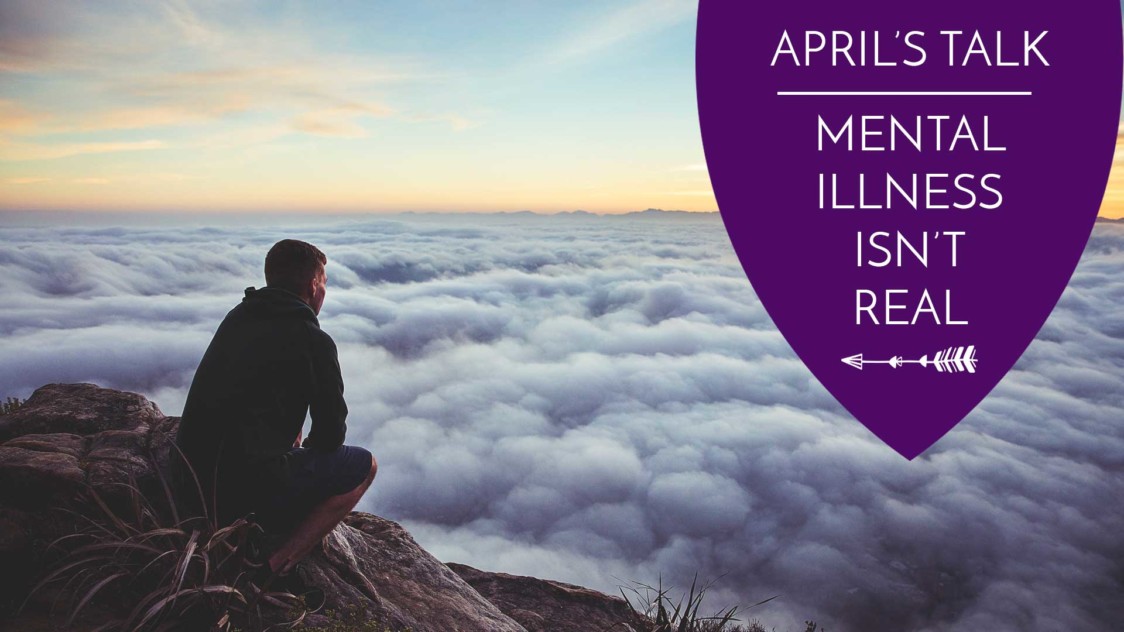 I recently had a conversation with a friend of mine and her friend regarding a post I’d posted on Twitter.

I am very passionate about animal rights. I’m a vegetarian working on vegan and don’t ever purchase any animal tested products or anything like that. I had recently seen one of those sick posts fly past my Instagram with makeup companies testing on stray dogs and cats.

I tweeted something like: “If you’re a human being who buys clothes and makeup and stuff: stop buying shit that’s tested on animals”.

A friend retweeted, and her friend basically said, “So I can’t buy clothes now?” And we got into a debate regarding grammar, literal interpretation, lack of generalization and common sense.  How punctuation is necessary and people go very literally based on what’s typed and there’s no room or error, or questions for clarification.

They’re stuck in the generation of the mental illnesses.

My friend, she deals with anxiety, panic attacks and depression. She sits on her phone almost literally 24/7, and doesn’t really go out with friends or anything. Stays inside, sits online.

I don’t know anything about her friend, but same generation.

I watched a documentary the other night titled ‘The Marketing of Madness’ that I strongly urge everyone to check out. Ever since I recovered on my own without medication and therapy from severe depression, suicidal thoughts, self injury and addiction… I’ve agreed with the notion that mental illnesses aren’t real.

I think others that find spirituality and different things like the law of attraction, simple collective consciousness, oneness, vibrations and choosing a frequency. We understand that mental illness is a very false thing.

It’s a cloud, these illnesses, created by marketing agencies and pharmaceutical companies to make money. If you research, most drugs for mental illnesses were created and THEN they sat down and came up with a ‘mental illness’ from the DSM to go with it.

So now, with all that going on, hoping they think of it as a disease so it can really be medicated, there is all these problems.

Everyone has dark moments. Some of us here REALLY feel that, myself included. Everyone emotes and has horrible days and amazing days.

But instead of setting these people up with real tools to manage these things or rid them themselves of them… they’re drugged. Or sent to a little mental health screening or group which are regulated by the pharmaceutical companies too.

So it’s my pondering this evening that when that happens, there’s all the sense safeguards around everything… no one feels upset anymore. Ever. Or rarely. Everything someone does that creates anything other than joy becomes harassment or bullying.

I think it’s gone too far.

So because these kids aren’t made to just flow and understand shit and told to ‘work it out’ and they’re all catered to it creates a zero emotional immune system.

They can’t even pull the general message from a Twitter statement from a friend. They have to pick it apart and analyze. And when they do, they can’t understand how that could potentially be a small bit offensive to someone because their social interactions around events such as those are gone. They don’t really have them, or if they do, the questions are posed by a ‘bully’.

Everyone these days is so ready to be offended and upset.

Why can’t we be ready to be uplifted?

Why are people always waiting for their ‘mental illness’ to join them?

To me, it’s starting to seem like something that’s really screwing people out of their normality and create more serious problems.

Why isn’t the fact that they’re beautiful light beings who have all the power inside themselves ever marketed?

Binaural Beats? Or a list of all possibly psychic abilities that may be then real goings on?
YES. Be sick. You’re mentally ill. It’s a disease. Here, take some medication for your disease.

I know it was so hard to fix myself, but I did it. It’s possible. I know it is.

Some other people out there do, too.

…then I realized these kids haven’t ever known that stuff. And these damn phones and shit don’t help.

We’re failing people because of this.

You have the power inside yourself to do absolutely anything you say you will.
PERIOD.

When you know that, the whole world is yours.

What are some of your thoughts on Mental Illness? Share in the comments

Join me
April Washko
April Washko is a native of Detroit, MI who is an actress, producer, social media marketer and advertiser. She had her 'spiritual awakening' at 21 and since has been on a more personally rewarding and 'pay it forward' type of soul journey in life. Her first YouTube series 'The Magic Of', an inspirational/motivational/comedic series, officially began streaming in January of 2016 (she has several other series in development as well). A clairaudient, clairsentient, claircognisant empath who is an animal lover, abuse survivor, former addict and self injurer whose deepest passion in life is helping others, playing pretend, and making as many dreams come true as possible... She is truly grateful and honored to be a part of this Spiritual Awakening community.

Join me
Latest posts by April Washko (see all)
ready for more inspiration?
Subscribe for our bi-weekly Energy Reports, Resources and Tips!
Share this
1 like
Related Articles
3 Comments