Awakened Beginnings: Why Is 11:11 haunting me? 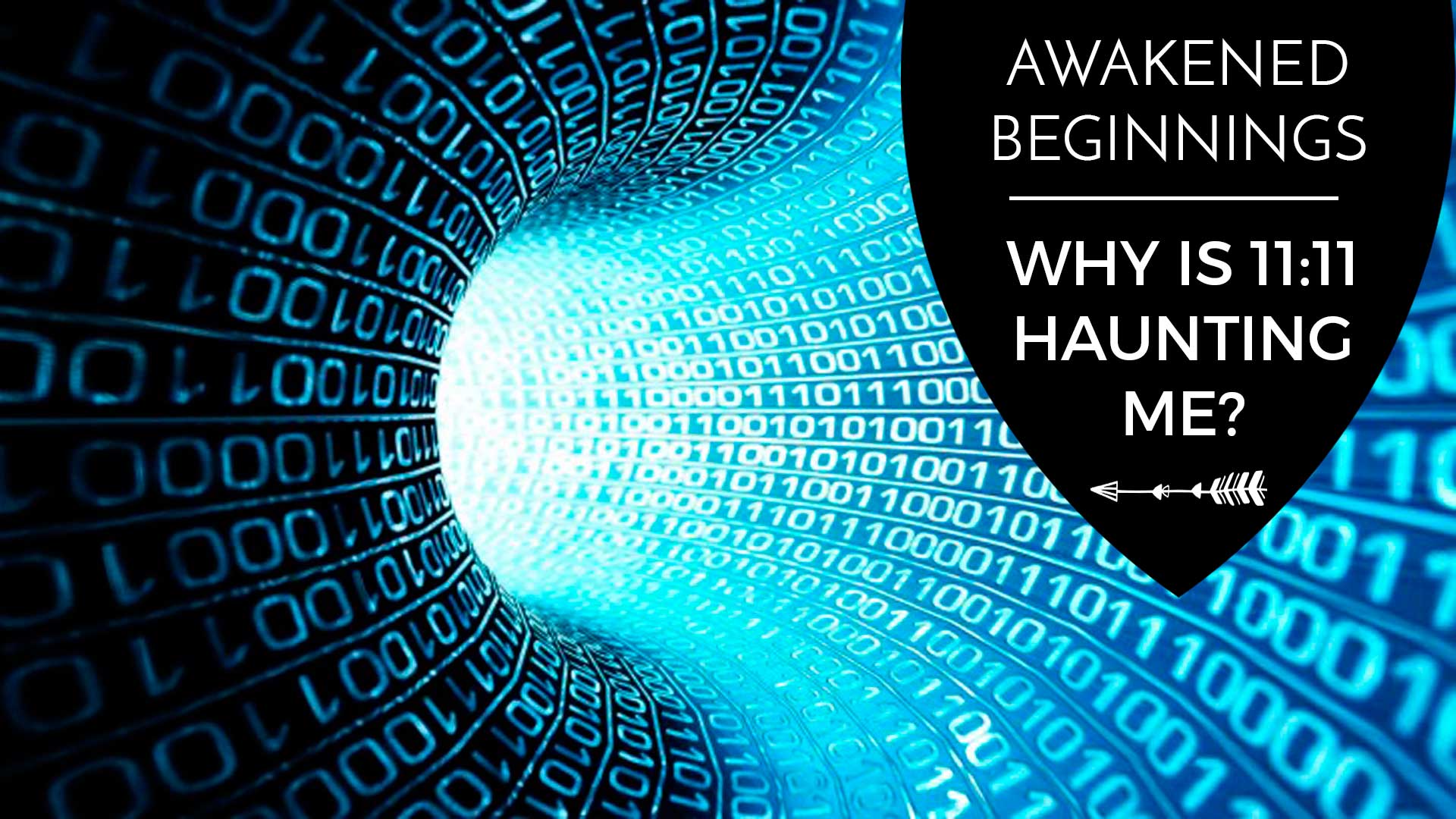 We’re almost done with the Awakened Beginnings series but I thought we couldn’t leave out this special topic.

Today’s topic goes into Numerology and Why I believe we’re experiencing these shifts in awareness.

Many in the beginning of the path will come to me asking why the numbers are haunting them. it literally goes something like this:

“Hello, it’s really hard for me to believe in this stuff but for some reason I keep coming back, anyways I decided to write to you because like 80 percent of the times I look at my watch all the numbers are matching, I dismissed it at first but it became unavoidable, is it pure chance?”

Now many will say that’s just a coincidence or confirmation bias, however I’m not hearing this from only a few people. I’ve been receiving stories about numerology for about five years from people all over the world experiencing this very same phenomenon. This is not chance. 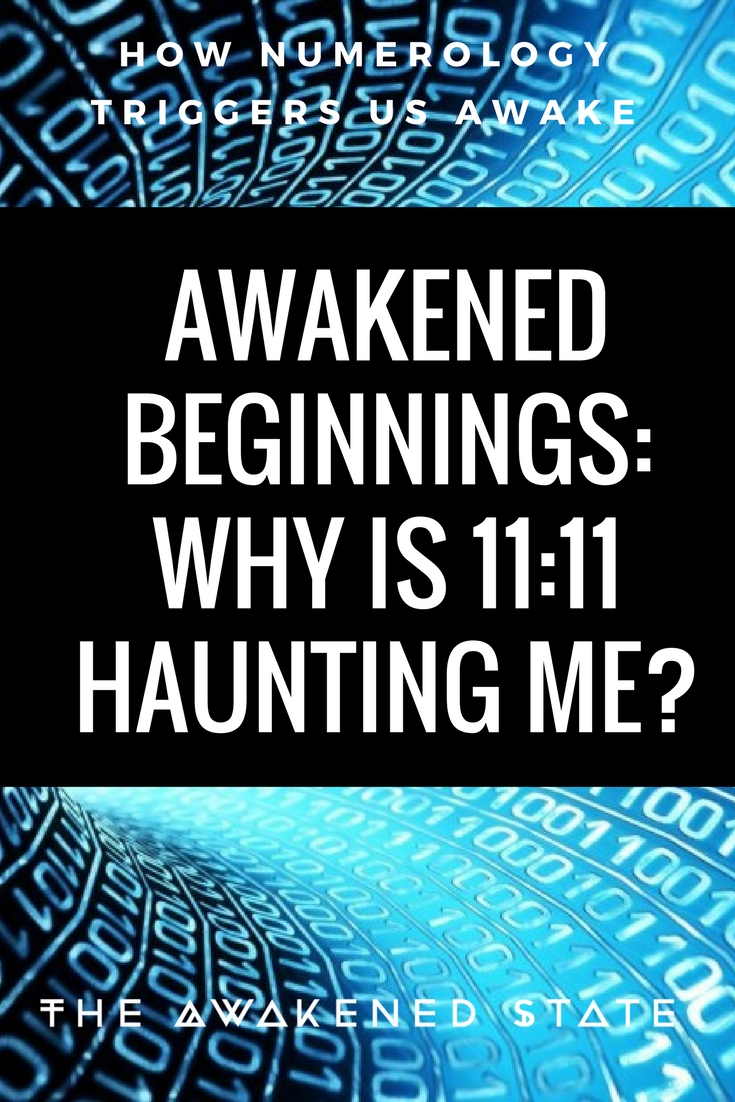 The easiest way to understand Numerology is its a system reduced to nine  numbers with zero being the void of a number. Therefore ten goes back to one.

The axiological philosophy of numerology is constructed using ten basic principles. Ten is the number of completion, the ending of cycles and has been a significant number passed down from the ancients. You will notice in the Tarot, the tenth card in every suite
relates to an ending of some sort, such as the ten of swords represents transformation and deconstruction
of structures.

These Ten numbers are what mold, de-construct, re-build and form the basis of your existence within the universe.

Numerology is naturally an interest that occurs during Kundalini awakening because many individuals will find themselves starting to see repeated numerological sequences over and over.

Many people believe they are simply “Angelic Numbers” or “Messages from the Angels” signifying that we are “on the correct path” However,  in truth Numerology is a very complex system.

Each number corresponds to the system of the Kabbalah and the Tarot. The way to understand each of the numerological sequences you have to study the tree of life, archetypes, geometry and various symbolism throughout ancient history.

Each number is a point on the dimensional plane of the system of the mind.

The thing is the more we start to become aware, we begin to tap into these subtle patterns, such as the synchroncities, deja vu, number patterns and many more subtle shifts of awareness.

The more we begin to witness these things, our subconscious starts paying attention – it’s a bit like that scene in the matrix. The more neo notices the changes like the black cat deja vu. Things start changing in the matrix.

These patterns are occurring because they are showing you something within yourself and slowly “waking you up”.

Numerology works in a way that triggers a subconscious archetypal response within your long term memory all going right back to processing numbers like a futuristic computer.

Numerology on the awakening path works in a similar way to Jungian Psychology.  Carl Jung has studied this concept of subconscious triggers extensively within his work such as Man and His Symbols, Psychological Types, and Psyche & Symbol.

Jungian Psychology better known as analytical psychology is the basis that everything is created through symbolism. These symbols create archetypal triggers within the subconscious mind. Each trigger is unlocking access to our long term memory or
the collective unconscious.

Many known this as the Akashic Records in the New Age world.

Basically Numerology serves as a tool to create a trigger, a wake up call towards awakening our long term memory. This is basically linked to your soul blueprint, your timeline as a soul here on earth.

Likewise, Numerology serves as this key to unlocking our hidden DNA strands within the long term memory. They are essentially creating mind relapse triggers that influence our long term memory and change our DNA.

These sequences are basically creating wake up calls within people all over the world.

Many label these as Angel Numbers which in my opinion is a half-truth to their actual meaning. They are served to guide us and show us messages from our higher self. They can trigger and reveal the inner layers of the psyche.

In short, numerology is the beginning point where we start waking up from the dream.

They could be said these are “Codes” that unlock our dna strands and awaken old memories of who we used to be but they are honestly a trigger like a Talisman creating a memory relapse.

Double Numbers such as 11, 22, 33,44  or 55 are Master numbers. Any of the master numbers will start showing up repeatedly denoting a particular sequential message.

It’s always good to pay attention to your thoughts at the particular time you see the number or look at what you are doing. This usually indicates what is directly triggering us. A lot of times we experience these sequences when we’re going through a intense shift or even a subtle shift in awareness.

Often times they come up when we’re experience a mental shift or a physical change happening that is trying to get our attention.

Being conscious of our surroundings, what we’re doing or what is around us at the time such as a symbol can sometimes help to figure out the meaning behind the message of the number.

This article has excerpts from the Numerology Guide: The Key to Unlocking Numbers in your Life where we go deeper into what individual symbols mean, how they connect to culture, common questions and a mini worksheet to start going over your personal numbers coming up for you.

Is Numerology Haunting you in your own life? Share your stories and thoughts below!

Continuing our Series:
Part 7 Awakened Beginnings: The Universe Has Your Back