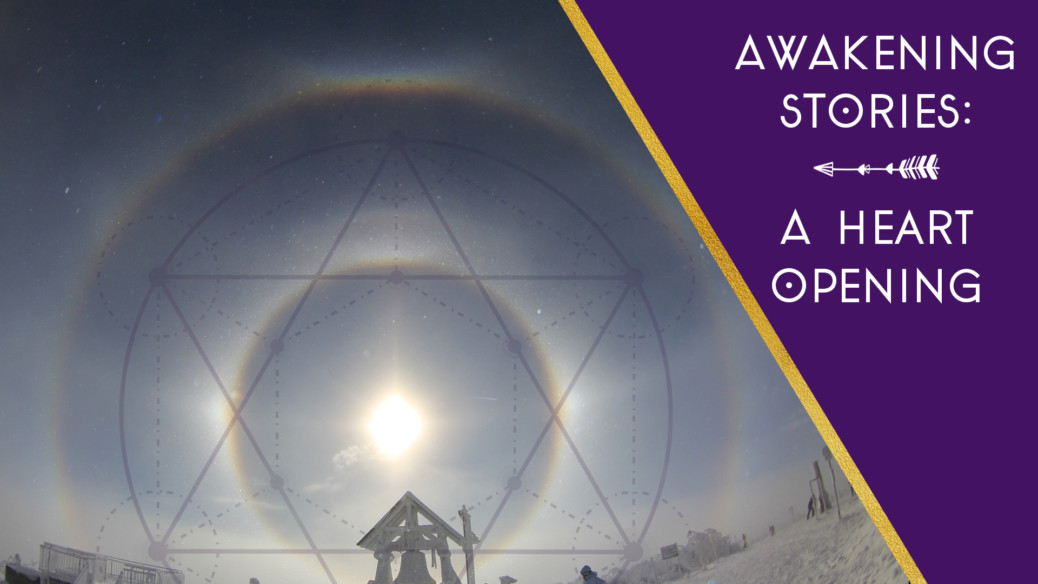 Hi guys, Ashley here, today I’m happy to share a Heart Awakening story from one of our Community Members. Angie experienced her Awakening recently, during the last Lunar Eclipse in February of this year. This is a timely story to share as we just witnessed the affect of this August’s Lunar Eclipse a few days ago.  Eclipses CAN be this powerful to create personal awakening or deep transformation within our lives. Here’s her story.

My awakening happened on Saturday February 11, 2017, the night of the lunar eclipse.

Beginning the day before, I became suddenly interested in meditation and the causes of human suffering. I started watching documentaries on the dhali lama and understood that happiness solely relies on what we think and our perspective of situations.

I began performing guided imagery meditation over and over for hours. I was driven to unlock some puzzle inside of me but I didn’t know what that puzzle was.

I received a message from the universe to stop thinking and start listening. As soon as I took that advice I began to hear the universe speak to me.

I could hear messages in songs, feel energy flowing from the lake towards me, I would think a word and hear it immediately echoed on the radio. Something was happening and it wasn’t subtle. I went out to my hot tub the night of the lunar eclipse. I didn’t even know that was occurring until after the fact.

Anyway, I was sitting in the hot tub and suddenly I felt my heart chakra open. It was a sensation of expansion in my chest and I experienced a light beam radiating from my heart. I was alone and don’t believe anyone else would’ve necessarily seen the light, but it was there. It was most comparable to a lighthouse beacon shining from me, sweeping a path left and right over and over.

Then I felt my brain shift. I don’t know if it was my pineal gland opening or a shift in consciousness but I felt my thinking shift from the center of my brain to the frontal lobe. It was uncomfortable and kind of hurt. I had the sensation of being highly aware, like an overdose of Focalin might feel like.

I was suddenly released from obsessing about the past or worrying about the future. I became only in the now and have remained there since.

I refer to this as Zen brain, as I’m in a state of constant meditation. The monkey chatter is gone, my brain is quiet unless I purposefully have a thought.

While in the hot tub, I felt like my DNA changed.

I also felt a clearing of Karma and the release of reincarnation. I also felt the clearing of my family’s karma both backwards and forward. I glimpsed into another dimension for a few seconds.

It felt as though I was being raptured while still in my body. After I went back inside my house and laid down on my bed, I began to feel vibrations. I had never experienced this before.

When I tried to sleep I would lift off the bed a few centimeters like I was levitating (this is Astral Projection). It was very startling and I kept waking up to pull myself back to the bed. When I went back to work on Monday some ketchup packets in my desk drawer bloated to an extreme size. I don’t know if this was from the energy I was giving off but it was amazing.

As I was leaving for lunch, I asked the universe for a sign that what I was experiencing was real.

I sat on a bench and looked out of the window and an amazing rainbow totally encircled the sun. I began crying.

I later read about the connection between sun dogs, as they are called, and the appearance of them when an enlightened state is reached.

Since that weekend, I have had increased psychic abilities. I was always very emotionally intuitive but now I have telepathy with some people. It’s also like I have a built in lie detector now. I’m very aware of energy, vibrations and a more complex universe that I was ever aware of. I still don’t know why this happened to me or what I’m supposed to do with it. I feel like if I had a brain scan or EEG that something different would light up or a blood test would show some change in my DNA.

I would love to be involved in any research studies that may be out there to help gain awareness of this phenomenon. I know others must be experiencing this as well and would love to be a part of sharing our stories.

Thank you for sharing your Story with us Angie

Have you had an Kundalini Awakening or Spiritual Experience you wish to share with our community? 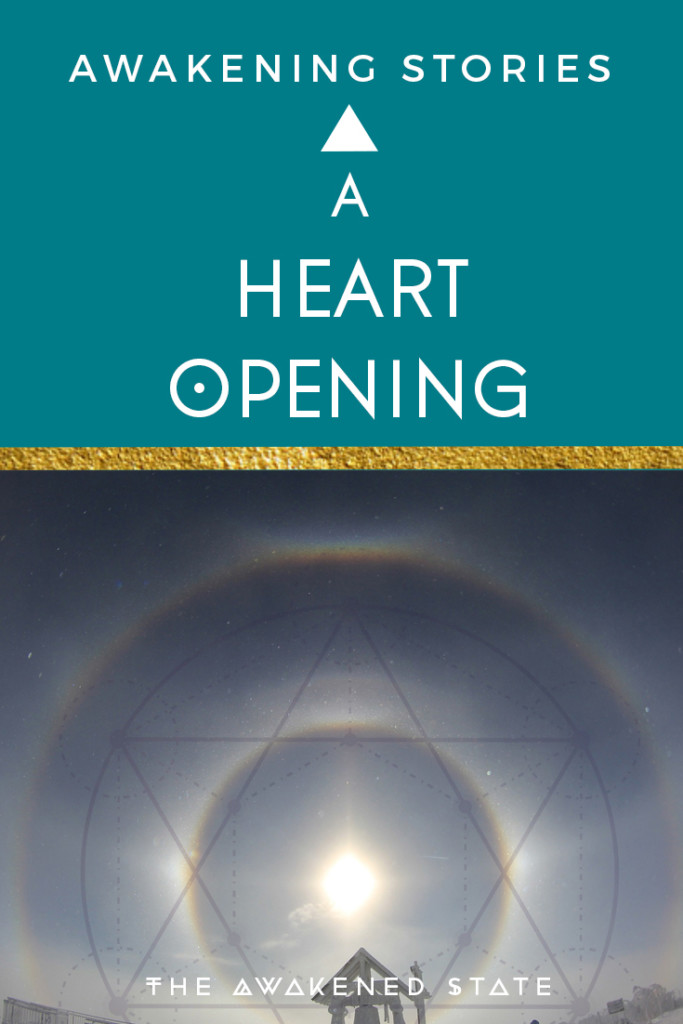 Angie Tarnow
I am a pediatric nurse and mother of 2 children. My awakening experience happened during the lunar eclipse February 2017. Since that time I have been excited to read other people's experiences. Thank you for sharing them.