I think it’s a little more profound this stuff about ego, I mean, the ego still exist when you die. When you divide yourself in two, you are becoming dual; The ideia is to become ONE. The ego shold not be “killed”. It’s there to help, but it has some controle issues, but nothing we can’t deal with, as ONE. Namaste Friend.
~~~~
I get what you mean…perhaps i should of worded that much differently?

You transcend the ego into soul, ego is what is caused us to believe separation from others and from Source energy. It is ultimately about understanding that instead of thinking in material plane you think deeper into the soul plane. We all have ego I agree and you can’t exactly get rid of it nor have it disappear but you can transform your thoughts. It is your reality in which you live, We all are born composed in soul energy, spirit energy of the divine love current. When we get older we create the energy of the ego through learned frequencies and objectives that are caused from our environment in which we live, fear, anger, guilt, jealousy, rage, death, worry, all low vibrational patterns.

When we die we go through the reincarnation cycle through the void space but because of what has happened on the earth plane it became this eternal endless cycle of karmic proportionality. It basically feels like we’re living in some purgatory or limbo like state. 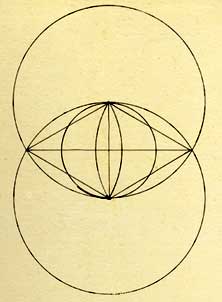 “ Our belief in separate selfhood (the ego) is what causes us to manifest a body to house that separate self. As contrary as this is to our usual way of seeing things,the Course tells us that the body and the ego (and death too, for that matter) are caused solely by the mind’s belief in them. And the mind that has placed its faith in these things is not the body’s brain, which does die when the body dies, but the eternal mind of the Son of God, our true Identity. ”Theego is the mind’s belief that it is completely on its own” (T-4.II.8:4), the erroneous conviction that we have somehow separated from our eternal life in God and become solitary, separate bodies, born into a cruel world and doomed to die at the hands of that cruel world. The implication here is clear: Since the ego’s cause is a belief of the mind, it cannot be undone or even weakened by the death of the body. How could it be undone by the death ofthe body, since the birth of the body didn’t cause it to begin with?“

Likewise what is the main beginning point of spiritual awakening? You go through your own personal cataclysm to get yourself to the light of your mind and understand the illusions of the world.

It’s all about transcendence

We channel the darkness into light

There is no fear, there is only love