Kundalini Energy Of Awakening : An Inside Story 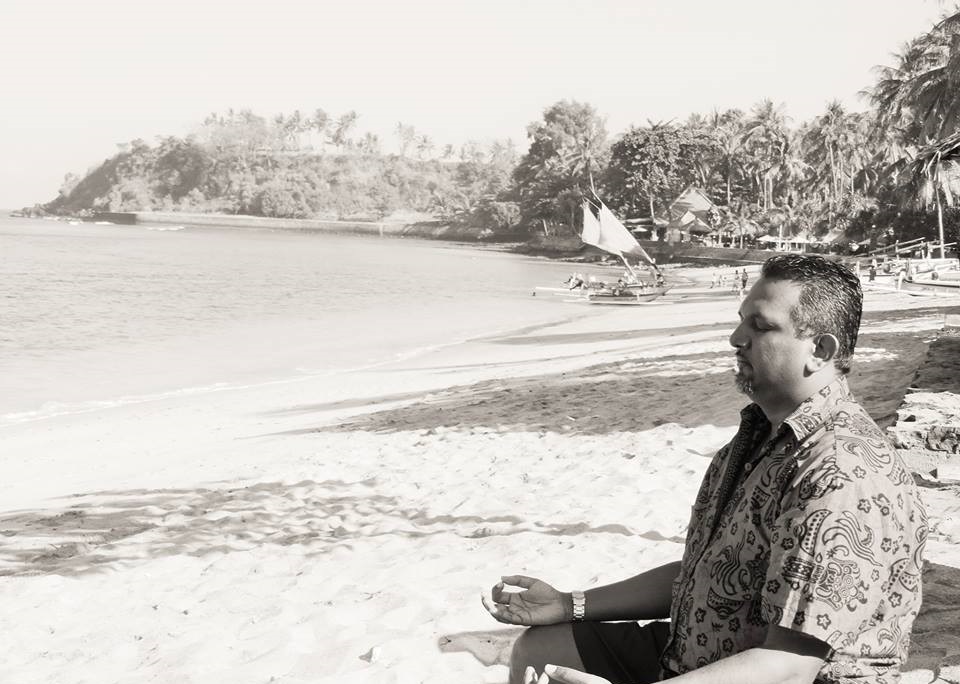 The year was 2012. I was in the midst of still recovering from the passing of my daughter. Nothing seems to interest me and nothing that I was doing in my life seemed significant to me. Everything in life, seems like an illusion and I was just doing it for the sake of doing it.

There was a deep sense of void inside me, an emptiness that cannot be filled. A sudden deeper interest and curiosity in spirituality started to overpower me. I always had spirituality deeply rooted in me. Since a child, I always wonder about many things that my parents don’t really know or at least they pretend like they do. All of a sudden now I find myself spending time researching about Third eye, kundalini, chakra etc. Somehow I found a video by Samuel Sagan and I started practicing awakening the third eye through meditation techniques almost as if I was guided to do so. 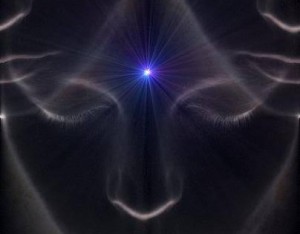 A few hours later, after meditation, I felt something changed; something different then. What I discovered shocked me; a presence of magnificently bright indigo light dancing dynamically in between my closed eyes. I was confused what this might potentially be; am I imagining or is it something that my retina is causing? Soon I realized that this bright indigo light changing color dynamically; there is a green now dancing within the indigo. I asked and wonder; ‘What is this?’. Is this what it meant by opening third eye? I imagined opening a third eye, literally means the ability to see future and past events flashing in your vision. I tried to massage my forehead to see if it disappears; it seems to be permanent light when I closed my eyes. Maybe this is an assurance from soul that it is here to assist me as my higher self. I lived with that assumption for the time being until I research more details about it.

On the same day at night when I went to sleep, something happened to me that changed my life forever. I went through a massive Kundalini awakening experience in which I only realized what it was at the later part. I was about to crash on bed after hours of researching about Kundalini, chakra etc over the net. It was about 2am and I was still on the bed, sitting contemplating on the earlier third eye event. What happened next really startled me; right before my eyes suddenly a 4 dimensional colored, somewhat transparent and moving vision started appearing one after another from left and right side.

I began to pay attention to the details of the visions; what seems to be like an advance extraterrestrial technology slide show. The visions I saw clearly nothing that I have ever seen on planet earth; it is extraterrestrial in nature. I saw many different types of weird shape beautiful creatures that seems to have different colors of light on their body. The closest living creature that I can relate to from the earth is firefly bug. However, these creatures are extraordinarily beautiful texture, design and has a dynamic colorful light on them. I felt my heart speaks to them in the language of love; I didn’t felt threatened or any fear towards them. 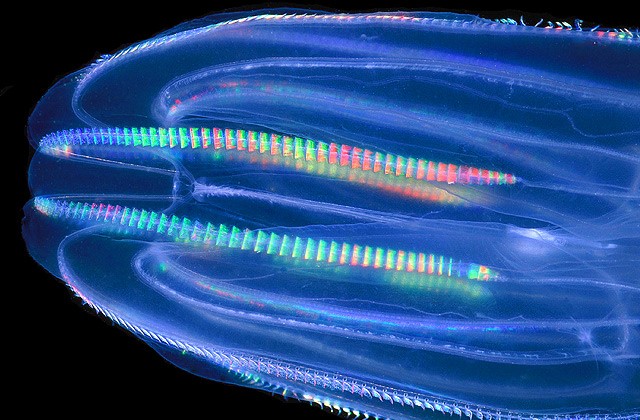 While I was mesmerized in shock with the beauty of what appearing to my vision; it suddenly faded away. I realized something else is happening to me; some kind of sensation and vibration all over my body. It felt like I am about to be taken over by electricity charge on my body but still subtle. There was a lot of movement inside my body and spine. The energy rose suddenly in my spine and exploded in my crown chakra like a fountain or volcanic eruption. I thought I literally exploded and attempting to look above my head. I can visually see the electric energy mixed with many colours but mainly bright white light shooting high piercing my room ceiling into the sky.

Moments later it became a two way direction; It wasn’t only shooting up but I was also receiving it from the galactic almost like an upload and download of this energy. This took place for a good 20 mins or so where my body kind of frozen with very little movement. It became so intense as if 10,000 volt of electrical energy just striking with great force and intensity through my crown from above. It felt almost painful experience but same time in extreme ecstasy. My body got lifted from the bed and all I could possibly do is surrender to its power. Gradually I could see its reducing in intensity and suddenly disappeared; my body just fell on the bed. My heart palpitating trying to catch my breath; I am just shocked what I just experienced.

While I was still sitting on bed, something dark started to appear on my bed. I couldn’t see it clearly at first and then I saw it; a spiralling vortex of energy looking like a wormhole. It became bigger in dimension and I felt a sense of pull while I was staring at it. Within a split second, I was sucked into it; I could almost hear the speed it pulled me into the vacuum. I am now somewhere else, definitely doesn’t look like my bedroom. It’s a different dimension in space; how did I came here ? Wait ! Where is my body ? I don’t seem to possess any human body ; I have obviously travel through time and space. It is not possible that I am here without form but I seems to have awareness and thinking. My heart starts opening in this vast infinite space. I could only describe this place as ” Blinding shiny darkness ” with glitters of stars.

I recently watch a video from David Icke describing his experience in a same way. at least I know I am not alone. It felt like home ; I said to myself ” Please take me, I just want to be here “. I have been shown the ultimate or perhaps an experiential answer to ” Who Am I ? “. I only felt unconditional love like I never experienced before. This must be heaven or a little taste of what it is like to be the creator ? Aren’t we all at the core level of our being are infinite consciousness, co-creators and pure love energy ?

A voice from far ; seems like coming from earth saying ” Go back to your body, go back! “. In the twinkling of an eye, I disappeared and appeared back into my body and back into my room. I felt like screaming! I looked around and saw my wife sleeping, almost wanted to wake her to tell her what happened but chose to tell her in morning instead. She was in awe listening to my story and perhaps a suspicious look that I may have gone little insane lately. 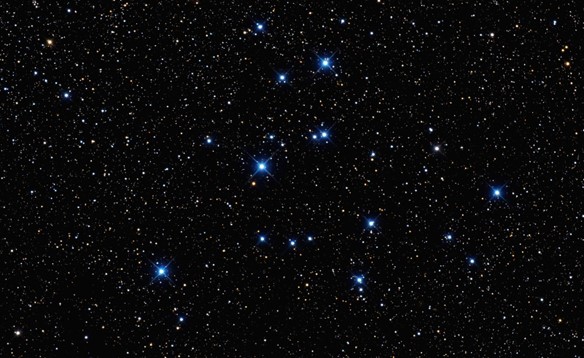 This experience changed my life forever with new perception about life and wisdom from above. And also an affirmative assurance that there are extra-terrestrial out there making contacts with humans.

I experienced similar second Kundalini rising experience 10 days later. This is no coincidence, this is a message for me showing me glimpses of the spiritual path that awaits me. I was never the same person since then as I realized that I have began to miraculously possess healing, channelling and clairvoyance abilities.

Much Love and Light.

Have you had a Kundalini Awakening or similar experience?

PeeJay Kumar
Healer, Channeller and Spiritual Teacher at Starfield OM
PeeJay Kumar has been in Holistic Health, Healing & Wellness, for nearly a decade. He opened his private practice, “Alternative Healing & Crystal Modalities” with a mission to treat the body, mind and soul as one and help humanity. PeeJay uses his knowledge and training of energy and the arts to assist others in working through their physical, emotional or artistic blocks to express their greatest longings in their lives and careers by releasing trauma or fear, and to attain optimal health. He is also a healer and self taught spiritual starseed.

He is now actively developing his spiritual movement in Malaysia and rapidly attracting like-minded to his spiritual business : www.starfieldom.com
Latest posts by PeeJay Kumar (see all)
ready for more inspiration?
Subscribe for our bi-weekly Energy Reports, Resources and Tips!
Share this
0 likes
Related Articles
2 Comments