Solar flares and the Consciousness Connection 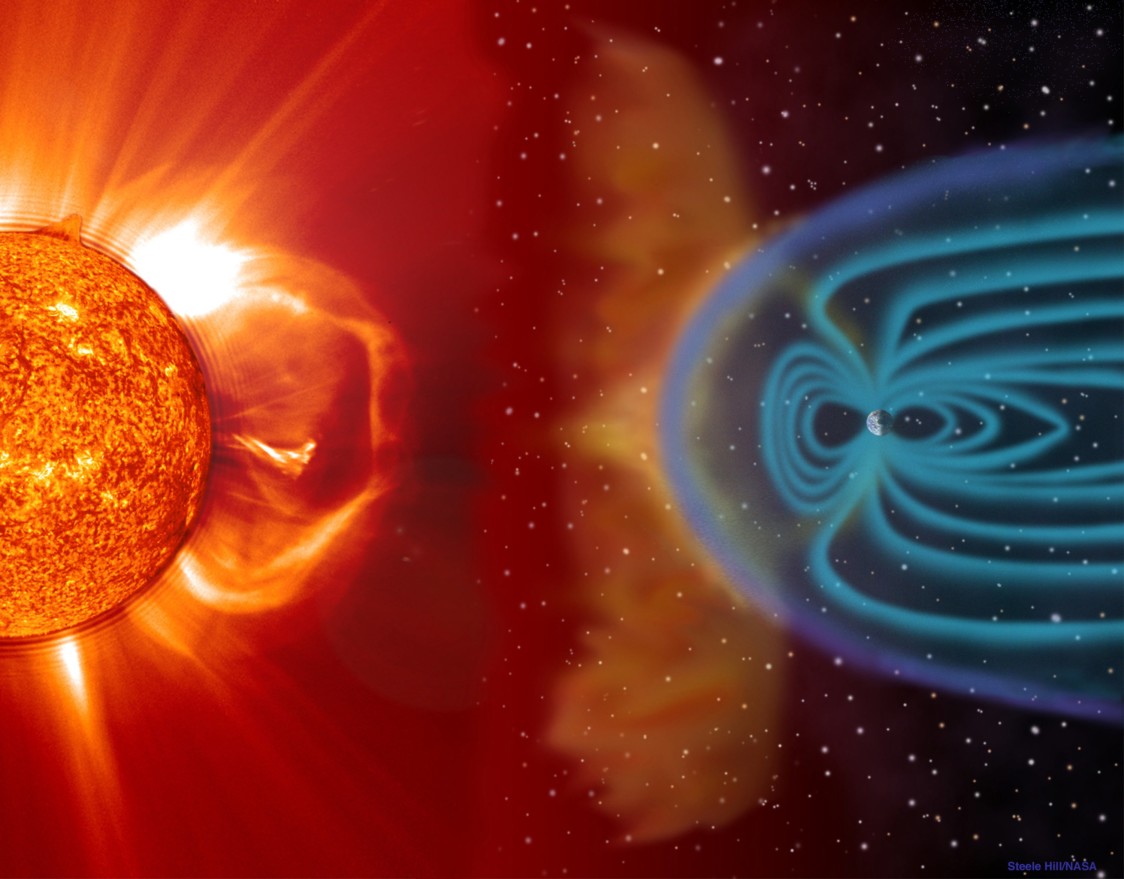 Are you experiencing sleep disturbances, feeling irritable for no reason, anxious, jittery, having visual distortions or feel immensely drained? If so you may be experiencing the effect of Solar Flares.

What are Solar Flares and Why are They So Important Towards Awakening? 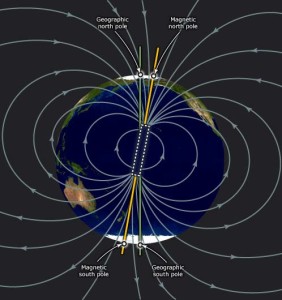 The Earth is composed of a Magnetic field, also known as the geomagnetic field that encompasses the planet. The magnetic field extends from the Earth’s interior region to where it meets solar wind or a stream of charged particles emanating from the Sun.  “The magnetosphere is the region above the ionosphere and extends several tens of thousands of kilometers into space, protecting the Earth from the charged particles of the solar wind and cosmic rays that would otherwise strip away the upper atmosphere, including the ozone layer that protects the Earth from harmful ultraviolet radiation.” [ref]https://en.wikipedia.org/wiki/Earth’s_magnetic_field[/ref] We can imagine the Magnetic field as if it is a spider web that surrounds the earth radiating webs of energy. This is also connected to ley lines on the energy grid of the collective consciousness.

Now the Sun hiccups from time to time or produces what are known as Coronal Mass Ejections(CME) produced from its own Magnetic field. CMEs are enormous bubbles of superheated gas called plasma that are ejected from the sun. Over the course of several hours, one billion tons of material are lifted off the sun’s surface and accelerated to speeds of one million miles per hour. “The plasma itself is a cloud of protons and electrons carried aloft by the solar wind.  Traveling at a million miles per hour, the ejecta can cross the 93 million mile distance to Earth in just a few days.  A jet moving that fast could get you from Los Angeles to New York in 18 seconds.” [ref]http://earthsky.org/space/what-are-coronal-mass-ejections[/ref]

These geomagnetic storms are often associated with Solar flares because they are powered by the sudden release of magnetic energy stored in the corona of the Sun. A Solar flare is a huge burst of magnetic energy that produces radiation across the electromagnetic spectrum at all wavelengths, from radio waves to gamma rays. However most of the energy is spread over frequencies outside the visual range and for this reason the majority of the flares are not visible to the naked eye and must be observed with special instruments. Although close to the magnetic poles many individuals are able to witness the Northern Lights or an Aurora which is where the Solar Storm interacts with the upper atmosphere creating beautiful light emissions.

The National Oceanic and Atmospheric Administration (NOAA) ranks solar flares using five categories from weakest to strongest: A, B, C, M, and X. Each category is 10 times stronger than the one before it. Within each category, a flare is ranked from 1 to 9, according to strength, although X-class flares can go higher than 9. According to NASA, the most powerful solar flare recorded was an X28 (in 2003). The stronger the flare the more damage and heavier biological response it produces, especially X flares are extremely powerful on the collective. Solar Flares also can trigger electromagnetic disturbances, satellite failure, blackouts, power-grid failure or anything that uses electricity due to the power of the storm that it produces. 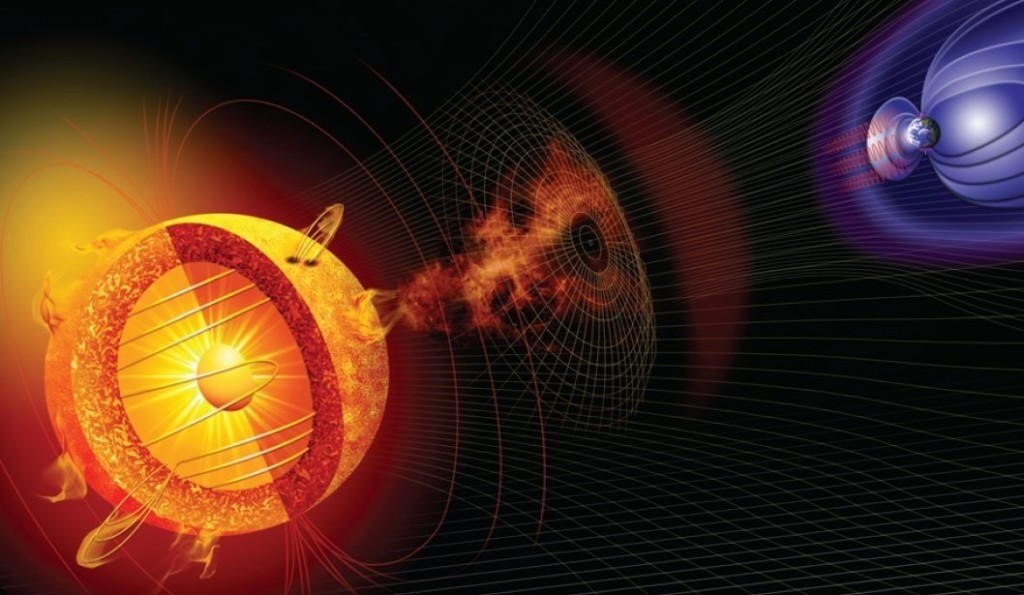 It also can affect Consciousness due to humans being part of the electromagnetic spectrum, animals and humans have their own electromagnetic field that operates like a Torus of energy or Aura. According to an article in New Scientist there is a direct correlation between Geomagnetic activity and psychological response. In the New Scientist it states: “Many animals can sense the Earth’s magnetic field, so why not people, asks Oleg Shumilov of the Institute of North Industrial Ecology Problems in Russia. Shumilov looked at activity in the Earth’s geomagnetic field from 1948 to 1997 and found that it grouped into three seasonal peaks every year: one from March to May, another in July and the last in October. Surprisingly, he also found that the geomagnetism peaks matched up with peaks in the number of mood disorders i.e. depression, anxiety, bi-polar (mood swings) and even suicides in the northern Russian city of Kirovsk over the same period.” [ref]http://www.newscientist.com/article/dn13769-does-the-earths-magnetic-field-cause-suicides.html#.VYqzQHUViko[/ref]

Our Central Nervous System is directly affected along with the functioning of our pineal gland. Kelly Posner, a psychiatrist at Columbia University in the US states: “The most plausible explanation for the association between geomagnetic activity and depression and suicide is that geomagnetic storms can desynchronise circadian rhythms and melatonin production”. The pineal gland serves as the connection point, the focal point, the seat of the soul where you project into the astral plane and can experience multiple dimensions of consciousness. The pineal gland is a vastly important gland that not only regulates circadian rhythm and melatonin production but can secrete DMT along with inducing various psychic experiences such as Astral Projection or Near Death Experiences.  “The circadian regulatory system depends upon repeated environmental cues to [synchronise] internal clocks,” says Posner. “Magnetic fields may be one of these environmental cues.”[ref]http://www.newscientist.com/article/dn13769-does-the-earths-magnetic-field-cause-suicides.html#.VYqzQHUViko[/ref]

There is a direct connection between the Sun’s solar storms and human biological effect especially after stronger classes of geomagnetic storms. The conduit which facilitates the charged particles from the Sun to effecting humans is the very same conduit which steers Earth’s weather through the Magnetic Field on Earth, and through the magnetic fields around humans.  After intense solar activity on the sun, these geomagnetic storms are causing abrupt weather changes such as earthquakes, volcanic eruptions, hurricanes, tornadoes, and wind storms.

Solar Flares can cause abrupt shifts in the energy which directly affect us psycho-physiologically(our mental-emotional-physical response).

Some of these effects include:

You have to look outside the box and embrace the thinking that the impossible could become reality. The process of ascension is about changing our dna and inevitably changing our consciousness/soul into a higher frequency that resonates with Mother Earth. Solar Flares activate ultraviolet rays from the central sun our energy source of light, ultraviolet rays can awaken our skin cells and our dna by absorbing Solar Energy through the biosphere. Dna can change through emotions by higher frequency by thought. During Solar Flares our heart chakras usually get a massive upgrade or release. The influx of emotions is caused from our energy changing in frequency, out with the old in with the new. So it’s a rollercoaster of emotions as our energy is basically releasing to make way for the new higher frequency of energy that will unlock our dna. The ego is losing it’s grip so it will fight to hang on, which causes a flux of emotion within us. It’s happening a lot more as we’re experiencing the shifting energies.

Emotions trigger higher vibrations and higher resonant qualities of sound frequency. Energy is vibration.
Everything within the solar system is directly connected to one another within the time matrix system. So things that are happening outside of the atmosphere are also within us changing. We are the universe. As the earth is shifting so are we because we’re all connected through the crystalline energy together as one. The veil of separation, the illusion of separation is just that, an illusion we are not only all connected to earth we are connected throughout our entire universe by quantum mechanics.

So what effects the ionosphere which is the electromagnetic fields around the planet will inevitably affect the biosphere into the noosphere. The noosphere is the mental planetary sphere of mind or thinking layer of planet Earth. group consciousness essentially. Jose Arguelles goes into extensive detail about this hypothesis calling it the biosphere-noosphere transition.

These solar flares are unleashing even higher frequencies. The solar flares unlock DNA encoding and cause life to vibrate at a faster rate. The vibration that it is emitting is raising the collective consciousness by unleashing the divine feminine with more 5th dimensional energies.  Dimensions are levels or octaves of vibration that we either exist in or attune to though consciousness. The levels of life and consciousness around us which we don’t perceive vibrate at levels we are not currently attuned to. We are moving rapidly into a state where all that is now unseen becomes visible.

In laymans terms these solar flares or photon waves are changing the way we process physical reality. They have a dramatic effect on us not only psychologically but also down to the cellular level causing our cellular memories to awaken and go through a healing process.
Heather Carlini mentions specifically, “Our lower emotions are low-frequency energy stored in our cells from past experiences and traumas that we have encountered and never processed —so they become stored as cellular memories.  Photon energy is a much higher frequency energy that pulls up the lower emotional frequency so it can calibrate to the higher frequency; thus we find ourselves releasing these lower emotions of sadness and grief without knowing why. The elements of our blueprint are interfaced in the cellular consciousness, and when the blueprint is amplified through photon energies various elements of the blueprint leak into your consciousness and we begin to remember our soul’s purpose. We are pulled to make changes in our life, but we don’t actually understand why.” This all come back to cellular memory and how we process these emotional vibrations.

Another interesting fact about this energy is because it’s at a much higher frequency, it can also create the power of Instant Manifestation and healing during these intense solar peaks of energy. So it’s best to  be careful of your thoughts during these times because the peak in solar activity can caused heightened manifestations! Be careful what you wish for 😉

Many individuals will find themselves feeling “off” or uneasy as we go through the coming changes of more Solar Activity. These symptoms will pass in time but the power of the Sun lives on.

Are you experiencing any of the above?