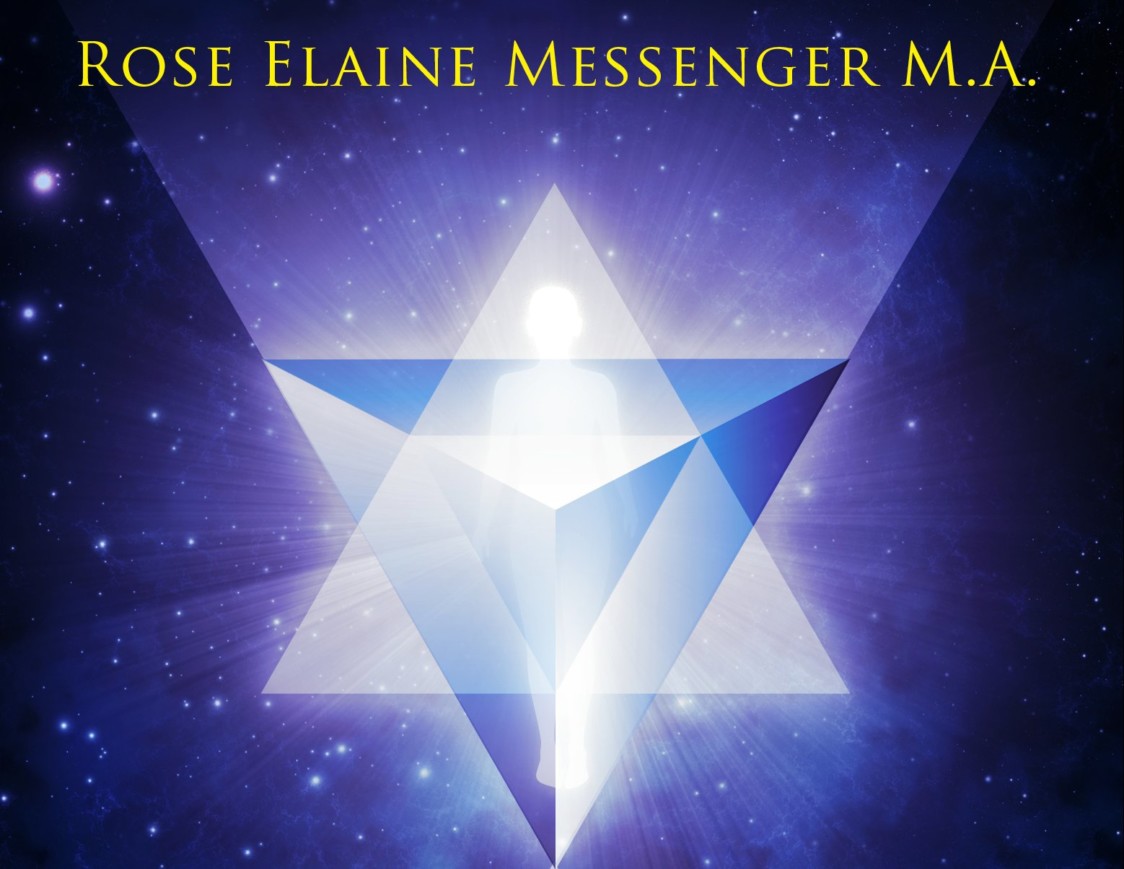 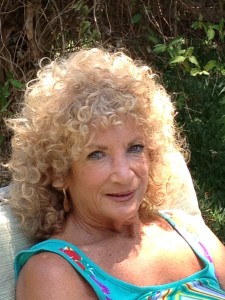 In the 1960’s when I was about 30 years old, I had a sudden and spontaneous awakening. I began to see the light around trees. I knew then that everything emitted an energy. Before too long, I could see the golden halo around certain people’s heads. Healing began to pour out of my hands. I could see little colored spirits dancing around in my house. Sometimes I could read minds. I seemed to be vibrating very fast and didn’t know how to slow it down. When I asked spirit what was going on, I got the reply that I was having a preview of things to come.

This dramatic change in me started to cause problems in my marriage. My husband thought I had gone crazy. So I learned how to shut it down. I couldn’t function in the world with so much extra sensory perception.

Then a pamphlet was handed to me all about the Violet Flame. This opened me up again. I just had to know more about this violet flame. I then became acquainted with the Ascended Master, St. Germain, the Master of the use of the trans-mutating Violet Flame.

A few years later, I began to diligently use the Violet Flame to transmute all discord within me, and there was a lot of discord! Over the years, using this flame and sincerely wanting to be loving like Jesus, I began a transformation which wasn’t always comfortable. I would get strange sensations in my body, heart palpitations and other symptoms. I knew that there was no medical reason for these symptoms; I was being transformed into a better human being, and one day would reap the rewards of this process. I was otherwise very healthy.

I began to take notes on this process, hoping to help any others who might go through it. I was told that I was writing The Handbook for the New Humanity. This new humanity was people who would go through great changes like I had, and a new human being was being created on earth, one with much more awareness of the Truth.

I was being ripped apart; my ego had to be dismantled. I faced my endless fears and I discovered  all the patterns of reaction I had inherited from a rather dismal past. My family had been very fearful, and I had been severely criticized, so I was very sensitive to what I thought was criticism from others. I didn’t like myself much. I had a great deal of changing to do if I was to be a loving person. I was perplexed by the various changes going on in my body, as no information was out yet on the transformation and ascension process. I was aware of going ahead of others, and being a sort of guinea pig in this grand experiment. I kept taking notes for this book that I would someday write. I really wanted to put some information put for others, as I had gone through it blind. I learned to trust the process, and to especially trust Jesus and St. Germain to get me through it.

Now, in 2015, I finally have my book, just about to be released. It is called The Handbook for the New Humanity, and it gives a lot of information on the planetary evolution of human beings and what to expect. Of course, our planet is now the recipient of more light, and the illusions of the past are dissolving. 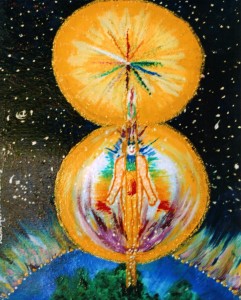 “In this illustration, called The Divine Human Being, the Earth is radiating violet and gold light. The violet light, or flame is cleaning up all discordant energy on Earth, while the golden light is forming the Christ or Love consciousness grid, so that all of us can attain higher consciousness. The goal is for all of us and the planet to attain the highest Fourth Dimensional consciousness that we can, and then go into the Fifth Dimension of Light and Love. We are getting out of darkness and we are bringing Heaven to Earth.”

In this year I have experienced more symptoms than ever. They include being very tired, a loss of interest in 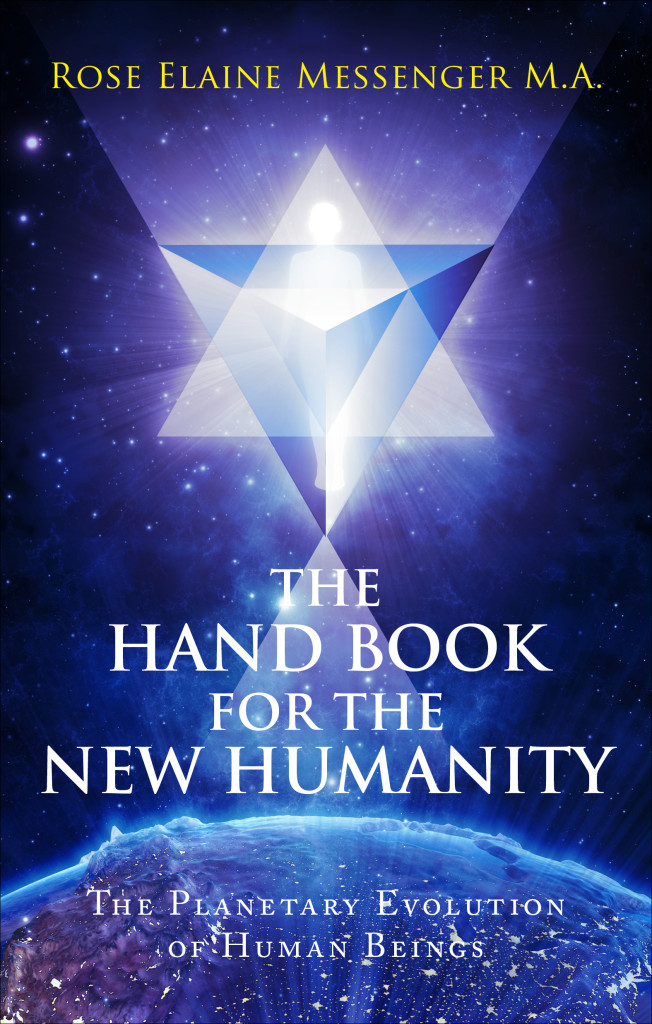 worldly things, a tremendous longing to go Home and various strange pains throughout my body. I’ve lost my appetite and get nauseous so I take smoothies for nutrition. I’ve had dizzy spells. I’ve made a list in my book of some of the transformational symptoms I’ve had over the years. I am most grateful for the Awakened State site where people can compare notes. We’re in good company now. We are the new humanity, people who are ready to transit the Rainbow Bridge into the Fourth and Fifth Dimensions where there is less struggle and more unconditional love. We are building our merkabah Diamond Light Bodies. This is explained in my book, which I hope you will read. Even more information on this remarkable ascension process is given by Archangel Michael on the site ronnastar.com. I have benefited greatly from studying the Archangel Michael materials offered on this site. I can see my way now. I am unifying and harmonizing my energy field now, in preparation for going Home, in style, in my Light Body! Perhaps you would care to join me for this great adventure. Sooner or later, we will all be called upon to change ourselves and to create a much better planet.

Look out in the near future for the publication of Rose’s new book, The Handbook for the New Humanity on Tatepublishing.com and her new website coming soon: New Humanity.

Have you had a Kundalini Awakening or similar experience?
Share your own Story

Rose Elaine Messenger
Rose resides on the island of Hawaii. She has three lovely daughters in California. Working mostly as a Hairdresser and a Counselor, she has had intimate contact with many people. She hopes, by sharing her story of awakening, that she will help others who embark upon the path of transformation and ascension.