Musings on Astrology, Change and ‘Coming Out’

I have been studying astrology for many, many years. Since I was a teen in the early 70s, really. I have studied the stars for far longer. I remember, as a very small person, my dad pointing out the Big Dipper to me in a diamond-studded dark-night sky of the late 1950s. I was immediately hooked. My brother and I would often lie outside identifying the constellations whenever we could.

As an older person I learned that long ago astronomy and astrology had been combined sciences, and I longed for the rift between right-brain and left-brain to be healed once again. When I lived in the English countryside I got back to the night sky in my thirties and studied astrology formally with The White Eagle Lodge. I learned how to draw up astrology charts by hand mathematically. Slow and laborious doesn’t even come close.

Over the years I have devoured a library’s worth of astrology books – there’s always more to learn. Whilst in NYC (2008-2012) a friend gave me a copy of the Kepler computer program and I came across the terms tropical and sidereal zodiacs. I had worked with sidereal coordinates in England, but it was vague – a very long time ago. This piqued my interest. What I discovered was set to change my life over several years.

The process of change is, in retrospect, a study in how one clings to familiarity and how one can take an inordinate amount of time to implement these changes. I had discovered the key to the sacred marriage of astronomy and astrology, but I was tentative, resistant and wary. It disturbed a little too much of what I held dear. I wasn’t ready to change.

Back in North Carolina now, I spend a portion of every clear night with the stars as part of my healing journey. I reacquainted myself with the constellations, stay up for meteor showers and eclipses and cultivate a personal relationship with the heavenly bodies, my friends since I was a child. I continue to study and use astrology.

One morning recently, out of the blue, I had a dream in which I was given to know I needed to study ‘sidereal astrology’. I take my dreams most seriously and when I can create things from them, draw or paint my dreams, and act on them where feasible, I do. I began in earnest. Here’s what I finally embraced:

The astrological system we in the West most commonly use is called tropical astrology and uses the tropical zodiac. It is a patriarchal invention by the ancient Greeks whom the Egyptians called ‘children’ because they had no notion of deep history, the cycles of the Great Year or changes in consciousness brought about by the same. By contrast, the Egyptians counted their history as going back 12,450 years (The Sirius Connection, Murry Hope, p. 222). Some quote a longer historical reckoning. To say that the ancient Egyptians were familiar with the night sky is a gross understatement.

Here’s an interesting quote for historical perspective. Please note: the Babylonian Empire was much later than deep-ancient Egypt. 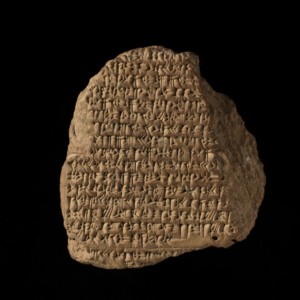 “The greatest event in the development of astronomy in Greece was the sending of a large collection of Babylonian observation tablets covering, according to Simplicius, some 31,000 years, to Aristotle, by his nephew and pupil, Callisthenes, when Babylon had fallen to Alexander the Great’s arms in B.C. 331.”
(The Greek Zodiac and The Birth of the Moving Zodiac, Chapter 9, The University of Illinois archives)

The tropical zodiac had five different calculations (there was not a consensus for usage) of the equinox based upon the erroneous belief that the equinoxes are always the same, i.e. stable and unmoving. In other words, by the time of the ancient Greek civilization, knowledge of the Precession of the Equinoxes was lost to the memory of humanity as we indeed precessed through the lowest, most degraded era of consciousness, the Kali Yuga (approximately 3102 BCE to 2012 CE), otherwise known as the age of patriarchy. It is currently recognized by science that Hipparchus ‘discovered’ the precession of the equinoxes. However, precession was well known to our deep-ancestors. It is because it was not written down that current science ignores precession’s ancient origins. Our history commences after oral historical times, a sad and dangerous delineation.

Here’s the list of the five tropical zodiacs, their proponents and dates:

Sidereal Astrology, used by the Egyptians, Babylonians, and Assyrians, takes precession into account (the Jyotish system uses sidereal too). The terrible difference between the two systems I discovered as a knowledgeable stargazer was that when I could see the moon in the constellation of Libra or Jupiter in the constellation of Cancer, up in the sky, astrologers were saying that the moon was in Scorpio and Jupiter was in Leo. 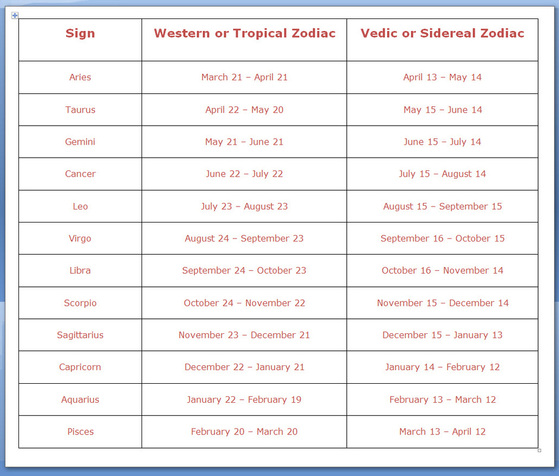 Precession moves glacially, approximately 1° every 72 years. The tropical and sidereal zodiacs, did once briefly match up, but because precession happens, we now have an approximate 24° discrepancy between the two systems. I discovered that as a natal 3° Cancer sun, I was now a 10° Gemini sun. And this is where deep resistance reared its ugly head. It took me a final whole year to embrace sidereal astrology because I just could not think of myself as a Gemini/Sun, Aries/Ascendant even though this is what was in the sky when I was born.

In 287 CE the tropical and sidereal zodiacs matched up for a brief time (24º discrepancy x 72 years, 1º per year precession, minus 2015 CE). This was nearly 450 years after Hipparchus made popular the use of the tropical zodiac at 0° Aries that astrologers use to this day. So, his calculations were actually a brain orgasm, not anything based on observable reality (aka science) even then. As we all have experienced in one way or another, the patriarchy excels in arrogance, domination and selective amnesia.

The axiom, “As above, so below, as within, so without, as the universe, so the soul”, attributed to Hermes Trismegistus, has been dear to me for decades. Now I have discovered that in common-use astrology this is not so. Even astrology, which the patriarchy outwardly condemns, the tools of the Goddess have been usurped: that of the movements in Her night sky.

Therefore, I cannot, in good conscience, continue to use the tropical zodiac. I have had a high magnitude ‘conversion’ experience. For the rest of this year I will continue working with the Great Year and New Moon Healing Cycle through the lens of the tropical zodiac completing the first year’s round, which commenced at the Winter Solstice 2014, and presenting all this information without a gap or repetition. Come the New Year, I will be following the sidereal zodiac, the reflection of my beloved Goddess, and the stars in my observable night sky.

It seems the sacred marriage of astrology and astronomy, astronology, didn’t take the eons I expected. It only required of me to release my prejudices against the shocking and unfamiliar and see what was to be seen. I can now use a natural, observable lens to continue to discover more of what the Oracle at Delphi suggested was a good step: Know Thyself.

Note: The above is a very personal epiphany for me. I do not castigate any of my many astrologer friends for their use of the tropical zodiac. This article is a matter of informative investigation, not ridicule.

For more information about sidereal astrology, daily, weekly, and monthly reports for your ascendant, and tips on reading your chart, please visit: Mastering the Zodiac with Athen Chimenti.

Please visit Cycles of Healing for my Zuzu’s Petals feature at the end of this article where each full moon I present a herbal recipe. Each new moon, a tarot reading for the month. Blessings to you all.