The Paradoxical Concept of Time 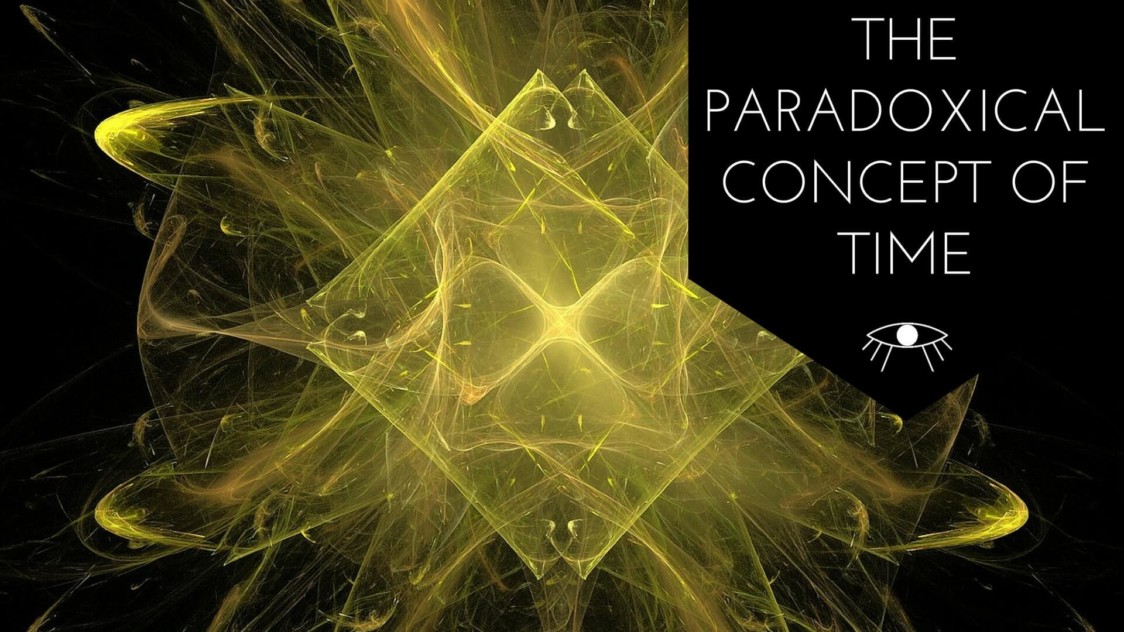 Fellow Blogger jostones  wrote to me asking about Reincarnation and the concept of Time. I thought this was an excellent topic to discuss!

“Hello! I just wrote this on my tumblr and tagged you but I’m not sure if you would get a notification. My question is this: If all exists Now, wouldn’t that mean all lives ‘Past’ ‘Present’ and ‘Future’ are concurrent, and if so why would there be reincarnation? I think it really is this, that as I’m sitting here writing this, I also am experiencing all of my other lives concurrently and all of the infinite versions stemming from my one true self, are at a similar point of growth taking each a unique journey to achieve that growth. After all only in this particular existence where I AM ‘Jo’ does the story of the Earth and it’s many many years of existence apply. Maybe that’s just the story for This version of my existence, maybe simultaneously for another version of me the ‘history’ of my planet is vastly different, the understanding of time is vastly different. I am beginning to see that everything, all of my ‘incarnations’ all begin and ‘end’ simultaneously. I’m just conscious of this particular life, as if I chose to watch a channel on television…even though all of the channels are playing different shows at the same time.  What are your thoughts on this?”
— jostones

ooh good question! I love when you guys get me thinking 😉

What you are really talking about is also known as the Many-Worlds Interpretation of Quantum Mechanics. Many-worlds Theory implies that all possible or probable alternate histories and futures are real, that each represent a world or universe. In other words, the hypothesis states there are numerous perhaps infinite number of universes, and everything that could have happened in our past, but did not, has occurred in the past of some other universe or universes existing in The Multiverse.

The concept of Time is very complex and holds many probabilities of outcomes due to the fluctuation of how Time itself moves through space-time.

Time is an aggregate sequencing of continuity. It is the realization of local and non-local perception simultaneous. In layman’s terms, time is when you experience a phenomenon, and register the change in environment. The human mind experience’s an averaging of temporal changes and what we perceive is the median phenomenon.

For instance during a flight or fight response perception is increased and the buffer is reduced causing the temporal illusion, known as time dilation. Time Dilation relates to premonition through how we are perceiving time itself. Time dilation is the ability of time to expand and contract according to our visible perception. This is why time must be measured in both terms of actual time and perceived time, and the average between the two is what we call aggregate continuity, or the unification of time as it actually is and time within our own minds.

I think you would love Immauel’s Kant. Kant’s ontological view was that Time is nothing but an inner sensibility. “All existence in past and future must exist solely and exclusively by reference to it”.

We cannot pursue knowledge without experiencing it first. Everything including Time is a subjective experience that is dominated around how we are perceiving ontological value of substance. In other words what we are perceiving is strictly based around our thought patterns and that what we believe as reality. It is the structure of the mind that makes experience possible otherwise knowledge wouldn’t exist.

Einstein’s main belief that there was no true division of separation between the past and future, it was all concurrent. Time is the 4th dimension, non-local perception of reality. Every moment is a field of space/a memory/wave, Time is a spatial direction that travels through various static three-dimensional forms. So if you were to Perceive time through relativity,  Each 4th dimensional spatial direction travels through a series of converging 3rd dimensional forms that are yielded around Euclidean geometry. Hence a tesseract or hypercube.

In particular I really like this passage’s view on Time moving through different directions: “The interesting quality this produces, is how the inhabitants of this fourth dimension of space travel a linear path from past to future, but the surrounding environment of each path is shifting from one pattern to the next. This sends particles from one position in four-dimensional space to the next without moving linearly. As a result, each individual observer in the fourth dimension experiences a continuous linear time, even though everything in their immediate environment is moving sequentially from place to place. Hence each temporal environment of four-dimensional space is constructed relative to each independent observer. [ref]http://everythingforever.com/einstein.htm[/ref]

Time is a Paradox

Now Time is also a Paradox. Einstein’s most famous for revealing Time is relative or non-linear yet we perceive it as a linear sequences of events. Time is viewed as various probability waves of experience. The idea here is that the paradox of time is based around how we are perceiving our experiences. There are concurrent timelines taking place through our long-term memory. The paradox of the future is that time is an aggregate continuity. Regardless if you think about how time works because of special relativity we’re always in the past because of the way time moves.

We are actually interweaving with our past identity daily through our reactive thoughts or perceptions of experience. This is how neuroplasticity works because the mind builds up information over time since infancy. So what thoughts we are reacting from are our Past Memories or Identity of experience. However Time itself is non-linear in form because it functions through various probability waves of experience. If you were to think of time as a horizontal line we have the ability to observe time through various perceptions of experience. You move up and down on the line as you perceive the past or future. The present is where time is still because you are guiding the ship.

Feynman’s Sum-Over-Histories theory led him to describe time simply as a direction in space. Feynman’s theory states that the probability of an event is determined by summing together all the possible histories of that event.

“Assume that a particle can travel between two points A and B by a – possibly infinite – number of different paths. Each one of these paths will have a certain probability associated with it. In quantum mechanical terms, these probabilities are encoded in the wavefunction that describes the particle, which assigns to each possible path a different probability amplitude; the square modulus of this amplitude gives the corresponding probability.“

Basically other Dimensions or timelines are just directions of space co-operating together as ONE concurrent experience.

So in reality The Paradox of time is that it IS coexisting waves of experience through our past, present and future self Co-operating together as ONE collective consciousness that experiences itself in various subjective experiences of ambiguity that WE create.

Reincarnation is our Interconnection of Time through Lifetimes of Experience

So in regards to your question, I think Reincarnation is the embodiment of interconnecting our various lifetimes of existence together through our Soul blueprint or long term memory. The reason we can’t always see into these other timelines of existence is because we are creating new timelines all the time through our present choices. You can very much see into your past lives through your long term memory as they interconnect towards your experience in the NOW. When we correlate towards what is happening NOW and what is happening on various timelines in the past or future, they are essentially probability waves. They are co-existing ideas of reality that only take form through our experiences so the mind’s way of perceiving reality IS linked to our past, present and future memories.Time is fluid. It’s unpredictable because we are the ones creating it with the projection of our thoughts and choices. Each timeline co-exists within the next, producing endless probability of outcomes due to the fluctuation of the way time moves. This is  how manifestation can work because we can learn to manipulate the symbols to the right proportions to create a different sequence  in the individual timeline, this wasn’t possible until after the 21st. Our world is a paradox along with the nature of Time. Since time is a paradox we are able to manipulate the currents and produce outcomes such as how the law of attraction works.

We give the direction of movement within the present but it is through our actions and abilities of sequencing, that creates the future.